Microbiome and development of the nervous system 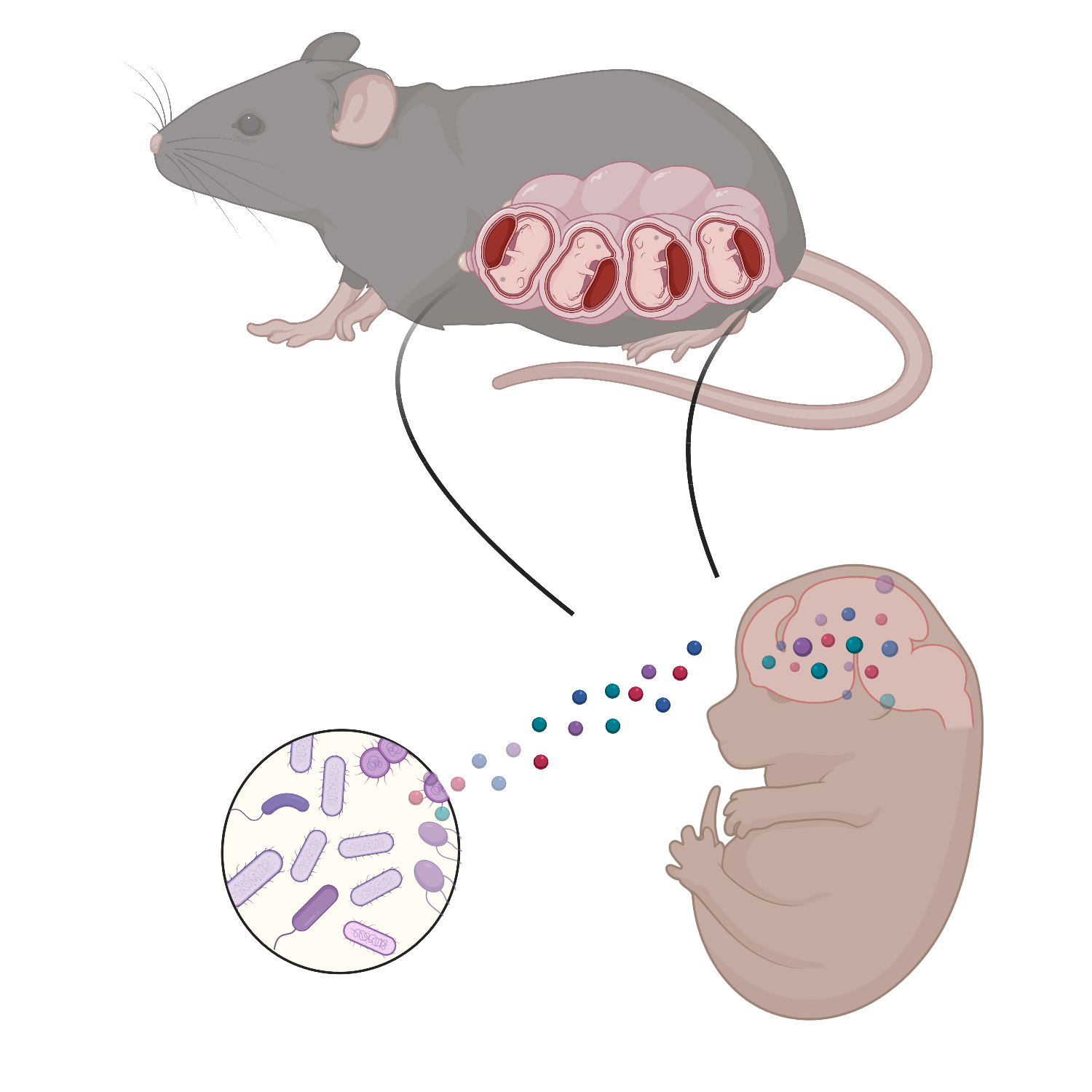 While the microbiota has been linked to brain and behavioral changes, it remains unclear how microbes at different life stages can influence brain development, function, and behavior.

In our previous work we showed that the maternal gut microbiota during pregnancy regulates fetal brain gene expression, thalamocortical axonogenesis, and adult offspring tactile sensory behavior. We were the first to show that the homeostatic maternal gut microbiota during pregnancy can regulate the levels of bioactive molecules in the maternal serum and fetal brain. In fact, supplementation of select microbially-modulated metabolites in depleted or deficient microbiota mouse models can prevent deficits in thalamocortical axon development and tactile sensory behavior.

For this project we will study the following questions:

The goal of this project is to understand how microbes fundamentally impact the brain during a critical developmental windows, and delineate the lasting neurobiological and behavioral consequences. 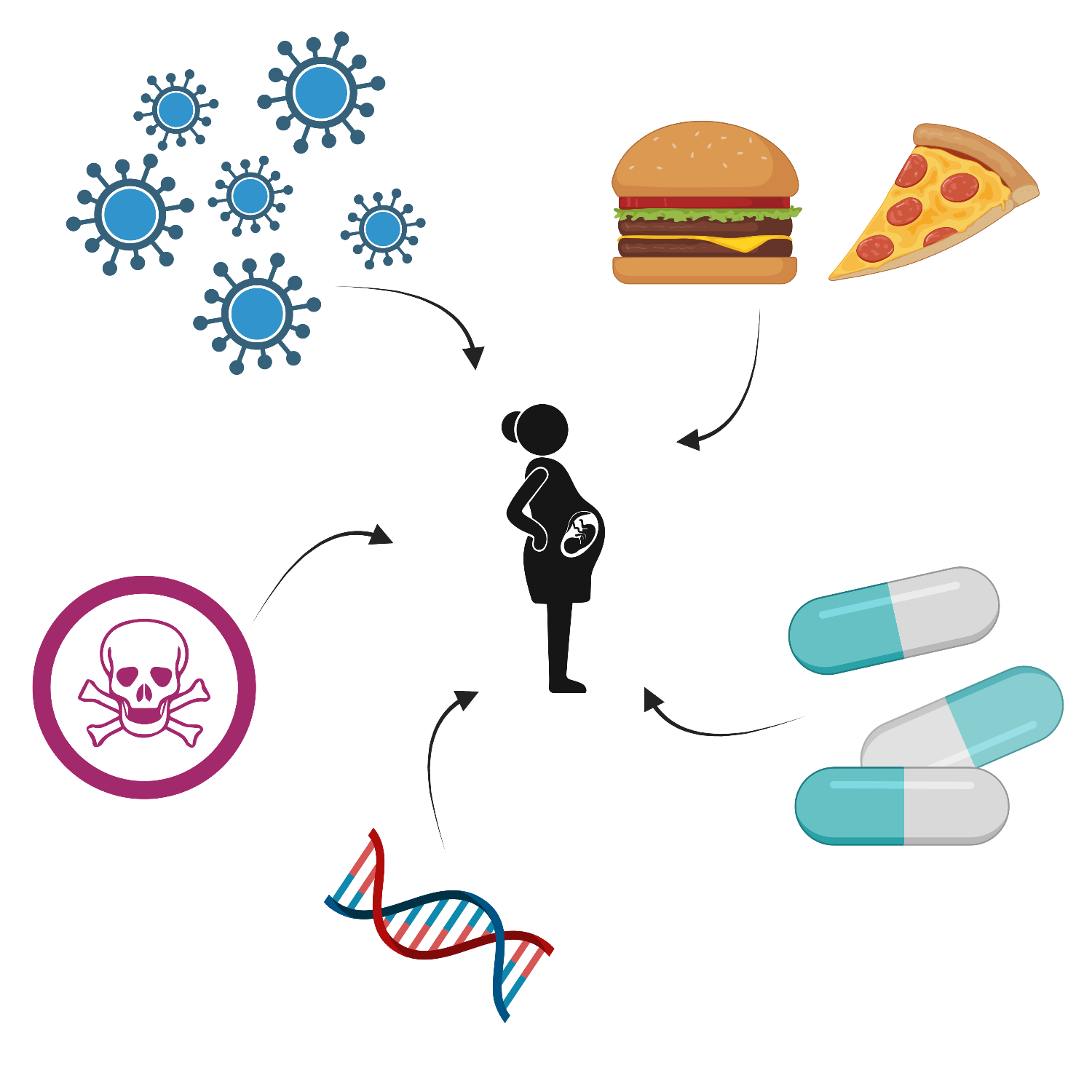 Alterations of the maternal gut microbiome - in response to perturbations such as infection, altered diet and stress during pregnancy - have been increasingly associated with abnormalities in offspring brain function and behaviors. We previously investigated how maternal microbiota interact with exposure to a common antidepressant, fluoxetine, to influence brain development. We identified changes in fetal brain gene expression in specific brain regions including the thalamus and lateral ganglionic eminence.

For this project we will study the following questions:

The goal of this project is to investigate the interactions between the microbiome and different genetic risk factors or maternal/early-life challenges/exposures, and how these interactions can impact development of the nervous system, neural activity, and ultimately behavior. 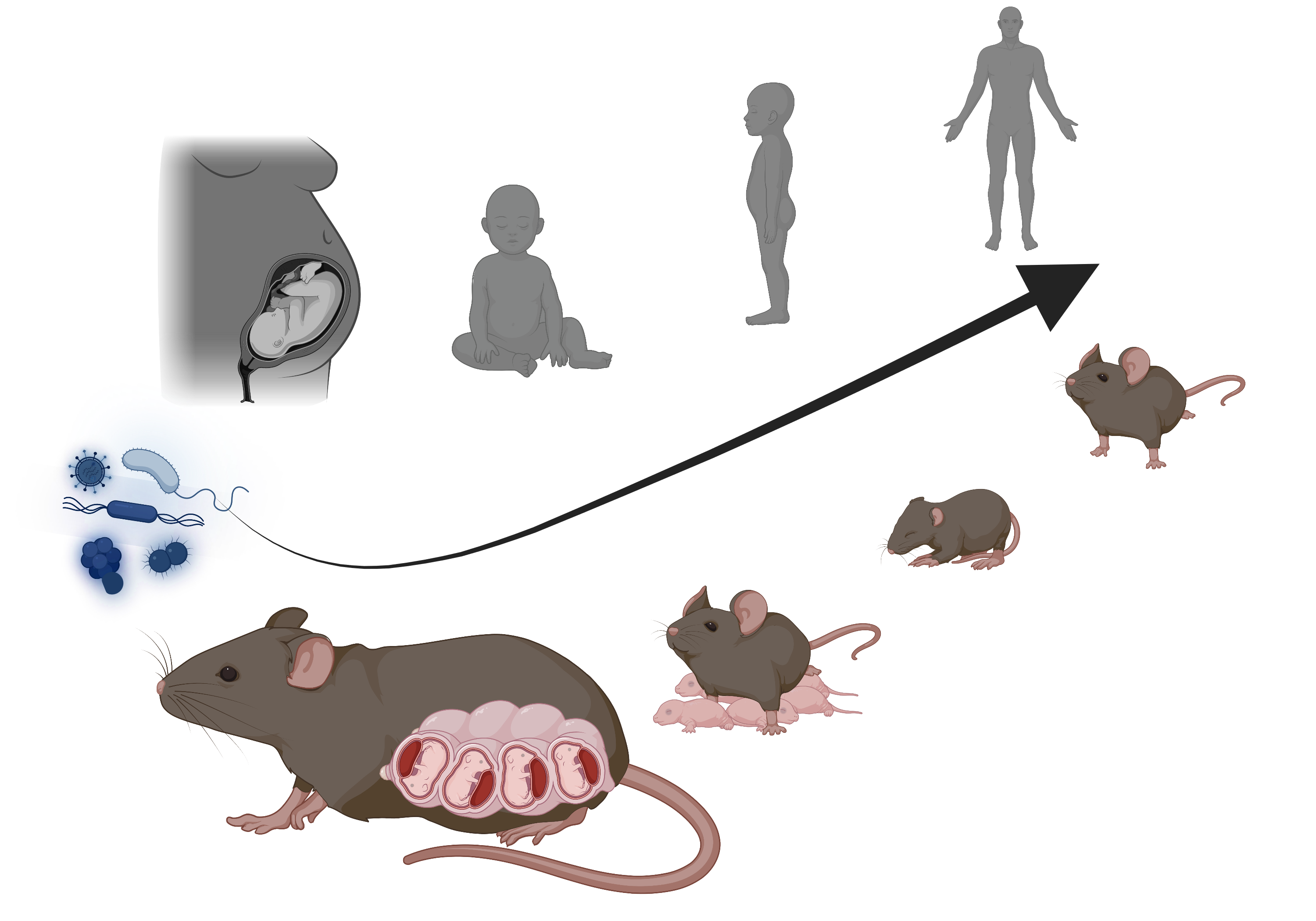 Animal studies provide critical knowledge about how microbiota interactions (microbe-microbe and microbe-host) can regulate brain and behavior in health and disease. Several recent studies demonstrate that by transplanting patient microbiota samples into germ-free mice, we can begin to dissect the role of the human microbiota for neurological health and potential therapeutic value.

For this project we will examine the following questions:

The goal of this project is to further translation of microbiome research. We aim to develop therapies that are inspired by the microbiota, bioactive molecules that are regulated by microbes, and targeted interventions at critical windows of development.

Our work is made possible by funding from the following organizations.